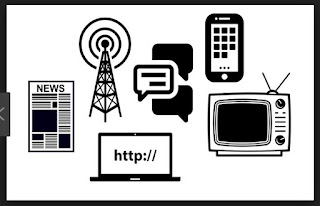 It is vital for a healthy democracy that the media keep the public properly informed. If you wonder whether this is the case in New Zealand, you may also care to ponder the political bias of our media which seems to be telling us this government is getting everything wrong.  Not once or twice, but over and over again.  Just look at the online print media headings over the past few days:

From the NZ Herald, one of NZME's media stable that reaches 3.2 million readers and viewers daily. NZME is largely Australian owned. Here's a list of its news, sports and entertainment profile.

Surely, this must be commendable first. A governing party having the humility to admit it was wrong about something!

"Complainants into Labour Party bullying and intimidation appeal granted."
Derek Cheng reports that Labour has appointed an independent expert to look into complaints.

Barry Soper: 'Process underway" a convenient shield" for Labour - first LP dodged questions about alleged sexual assault and rape and now  they've set up an appeal process but won't comment further because the process in underway. "It's a convenient shield for the party to hide behind."

Shield or not, no one in authority ever comments about a case when an appeal or other judicial process is underway. Soper must know this.

Hosking and Bridges think the the police should evict the protesters, and Fletchers should proceed with building houses on the contested land.  Others, not reported in the mainstream media, think eviction would solve nothing. This is a deep grievance that won't go away.  They think Jacinda Ardern acted wisely in calling for consultation between all concerned parties, and some think the government should buy the land from Fletchers and return it to Maori ownership.  It was confiscated in 1863, sold into private ownership until 2016 with no opportunity for Maori to purchase, leaving many Maori thinking the land was stolen.

For background and reasonable argument, see Bill Ralston's article in the NZ Listener.

From NewstalkZB, also part of the NZME stable (that shares an office block with the NZ Herald).

Mike's Minute.  "You can't sell it any other way - the economy's in trouble"

This despite Reserve Bank Governor Andrew Orr on Q&A being far more positive about the economy, an  unemployment  rate now at  3.90%, the lowest for over 10 years, Maori unemployment also the lowest for a decade,  and average hourly earnings up 4% since last year, the largest year-on-year increase since 2009.  Why report the opinion of Hosking on a complex economic issue?   Take your pick, Hosking, who left school at 16, or the Reserve Bank Governor.

From Stuff, owned by Fairfax Australia, that also publishes the DomPost, The Press and the Sunday Star Times. Together with NZME it controls half of our commercial radio, 90% of our daily newspapers, and most online media sites.

Is a referendum democracy at work or abdication of political will?

The referenda are on  abortion, cannabis reform and euthanasia, three moral or conscience issues that are arguably best tackled in this way rather than by conscience votes by our 120 politicians.

National attacks 'all talk and no action' education plan.

There's been plenty of action already including increased salaries for teachers, but, again, further and ongoing consultation seems  wiser, more inclusive and more democratic than undue haste and no consultation.

I see two contrary arguments here, 1) Prisoners have lost the right to vote. 2) Being able to vote would remind prisoners they are still part of society which would help their rehabilitation  on release. The ban, introduced by National in 2010, appears to be counter to  UN Human Rights, and impact most heavily on Maori who, once excluded, may never ever vote. The Waitangi Tribunal report also found that the 2010 law change was inconsistent with Treaty principles and led to significant prejudice against Māori. Previously, prisoners serving sentences less than three years could be enrolled. The Supreme Court also ruled that the ban breached the Human Rights Act.

Discontent in the Green Party.
Winston Peters doesn't care about the average voter. Neither should the Greens.

Actually, this is a well thought-out and balanced article by Henry Cooke but the heading doesn't read well for a Labour Coalition that claims to care about all citizens. A better heading might have been "NZ First and Greens should target their core voters. Not those who are unlikely to vote for them."


And earlier we had the totally negative comments

of Mike Hosking (why is he given so much space?), Simon Bridges and others about the PM's official visit to the Tokelau  when the Ihumatao standoff had not been resolved.  They argued the Tokelaus were 'atolls' of "little value" to New Zealand, ignoring the fact that Tokelauans are New Zealanders (over 7,000 live in NZ). She was accompanied by Minister Kris Faafoi who is a Tokelauan and is the first Prime Minister to visit Tokelau in 15 years.  The last two PM's to visit were Helen Clark in 2004 and David Lange in 1985. Both Labour. I don't think a National Party PM has ever visited the islands.