7t58S331p957l5h3t8l0eci  ·
ATTORNEY-GENERAL AND MINISTER FOR ECONOMY
SPEAKING NOTES –– 15 JANUARY 2022
I’m sure most of us heard and probably felt the recent underwater volcano eruption in Tonga. We are praying for our Tongan sisters and brothers who are beset by tsunami waves and airborne ash stemming from the eruption. ﻿ A tsunami alert is now in effect for the Fiji Group. Please avoid the shoreline due to strong currents and dangerous waves. If you need to move to higher ground, please do so. We’re also monitoring our air quality. As a matter of precaution, please cover all household water tanks and stay indoors in the event of rain due to the risk of rainfall becoming acidic.
Today, we’re talking through our ongoing response to Cyclone Cody, the re-opening of schools, and some additional guidance on our COVID-safe measures.
But before we do, have an important update. This week, following a scheduled medical review in Melbourne, Australia, our Prime Minister was informed by his physician that he needed to undertake an urgent cardiovascular-related surgical procedure. He underwent that procedure yesterday morning and I’m happy to report that it was a great success. He’s now well on his way to recovery.
Per the doctor’s orders, this type of surgery takes weeks, at a minimum, to recover from. So, we expect to have our Prime Minister back at the helm of the nation –– fitter than ever –– by the end of the next month.
~~~~~~~~~~~~~~CLICK HERE TO CONTINUE READING
Posted by Crosbie Walsh on Sunday, January 16, 2022 No comments: 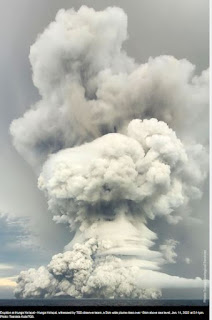 MORE INFORMATION 17.1.22
The volcano is usually not much to look at. It consists of two small uninhabited islands, Hunga-Ha’apai and Hunga-Tonga, poking about 100m above sea level 65km north of Tonga’s capital Nuku‘alofa. But hiding below the waves is a massive volcano, around 1800m high and 20km wide, with a caldera,  a crater-like depression, around 5km across. Earlier eruptions suggest this is one of the massive explosions the volcano is capable of producing roughly every thousand years. What we can expect to happen now? We’re still in the middle of this major eruptive sequence and many aspects remain unclear, partly because the island is currently obscured by ash clouds. Read more from Shane Cronin, Professor of Earth Sciences,  University of Auckland.
Massive eruptions from Hunga Tonga and Hunga Ha'apai, 60 plus kilometres north of Tonga's main island, Tongatapu, are forcing ash, steam and gas 20 km into the air, dropping small, black stones on Tongatapu, and sparking a tsunami that is likely to hit NZ's north-east coast sometime tomorrow.  The explosions could be heard in Fiji and Samoa, hundreds of kilometres away.

This report and photos from Mataitonga, Tonga's leading newspaper:

Startling images from Vava’u and Ha’apai islands this evening show otherworldly red-orange skies hanging over parts of the islands, from which the threatening volcanic eruption at the Hungas could be seen in the sky.

Email ThisBlogThis!Share to TwitterShare to FacebookShare to Pinterest
Labels: #Tonga


Dr Jonie Girouard, who describes the Covid-19 vaccine as a "horrible medicine"— and who boasts that one or more of her certificates has breached an international border control— was caught in December issuing fake vaccine exemptions to her patients from her weight loss clinic in Kaiapoi.  She was recently fined $300, the maximum for this offence at the time which is now $4000.

On Monday, the New Zealand Medical Association said Girouard was removed from its register and unable to practise in New Zealand. Her entry on the Register was removed, note, following her request, not that of the Association,  a few days after she was caught issuing the fake certificates.

She and her husband Dr Mike Girourd (who also cannot practise in NZ),  now run their Jonie G's Guilt Free Chocolate factory using allulose, a new sugar substitute not yet approved in New Zealand. The factory and her behaviour are under investigation, and may well result in further charges but for the moment we have another example of how lightly the law so often punishes white-collar crime.

We have an anti-vax doctor whose actions could adversely affect the health of many others. The vaccine is proven to make people less likely to be infected and many times less likely to become seriously ill or die.  She was not deregistered as a doctor; she deregistered herself. A $300 or $4000 fine will make no impact on her livelihood. Prison was not even considered; a fine was the maximum penalty allowed in law.

Our law treats non-violent white-collar crime, which can have a massive impact on the lives of many, far more lightly than blue-collar crime which is often personal and violent in nature but generally impacts on few others.

1.  White-collar crime is well named.  The overwhelming majority of criminals are well educated, professional White Pākehā in high  paid employment who are well respected in the community. Their punishment is usually a fine, often reduced due to mitigating factors such as "good references", "good  character"  and restitution payments.

2. A disproportionate number of blue-collar criminals are poorly educated, unemployed or poorly paid Māori or Pasikifa. Their punishment is too often jail and mitigating factors seldom have a significant influence on the length of sentence.

3.  After sentencing, the White criminals can usually recover much more quickly than Māori or Pasikifa. Their fines are so low they make no impact on their livelihood and the only possible downside is an often temporary loss of respect.  For Māori or Pasikifa the punishment makes a big impact on their lives and that of their families, and a cycle of reoffending and more prison are more likely outcomes.

I think many New Zealanders would say the law does not reflect the values of a fair and just society, and would support major changes in the way our legal system works.

https://www.newshub.co.nz/home/new-zealand/2022/01/anti-vaxx-deregistered-doctor-jonie-girouard-slapped-with-4000-fine-by-ministry-of-health.html Fines since increased to $3000.

Posted by Crosbie Walsh on Friday, January 14, 2022 No comments:

pn838. A Most Thoughtful Article on the Greens' Dilemma from The Standard

Is it time for the Greens to go their own way?

WrittenBy: WEKA  in The Standard.

In the lead up to the 2017 general election, then Green Party co-leader Metiria Turei made a remarkable speech on welfare at the Greens’ AGM, laying out their new policy platform to raise benefits and the minimum wage, and tax top income earners to pay for it. It was bold and beautiful and a long time coming.

In the ensuing months all hell broke loose in a bitter backlash, with the right and the mainstream media going hard not just against this blatant left wing policy but against Turei personally. By the time we got to the election Turei had resigned, and the Greens squeaked back into parliament on 6.3% down from 10.7% in 2014.

Email ThisBlogThis!Share to TwitterShare to FacebookShare to Pinterest
Labels: #NZPol, #The Standard, Greens

pn837. Calls grow for rāhui to have greater legal recognition, Based on 1News

A group representing 80 iwi is calling for greater legal recognition of rāhui, similar to Covid-19 restrictions, to prevent people from ignoring them. The temporary prohibitions are often put in place over bodies of water when someone drowns as a sign of respect. The mauri or life-force of an area is thought to be affected when there has been a loss of life.

A rāhui can also be put in place to protect areas from damage, or preserve and replenish marine life.

The Iwi Chairs Forum has made a direct approach to the Prime Minister, calling for rāhui to be given greater legal recognition. 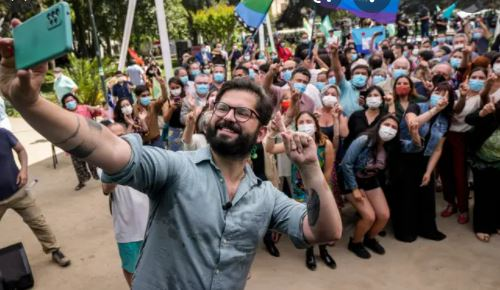 Five days before Christmas and 51 years after Salvador Allende was elected as the first socialist president in Chilean history, Gabriel Boric re-made history as the youngest candidate (35) to win that office. A former student activist and Congressman from Punta Arenas in Tierra del Fuego, he first rose to prominence during the 2011 student demonstrations against increases in tuition fees at the University of Chile, then again during the 2019 anti-austerity demonstrations precipitated by a 30 percent rise in public transportation prices in Santiago.

Rabuka is the common denominator – Tabuya 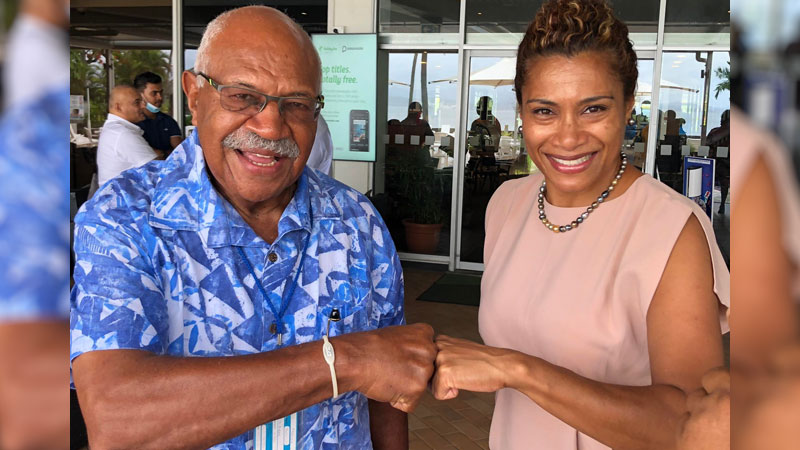 Tabuya is the former SODELPA Whip in parliament.

DON'T BE MISLEAD BY "NO COMMENTS"

Don't be mislead by "No Comments:" at the end of each post. It means zero (0) comments so far. Make a comment and it will then read "1 Comment" (and so on). 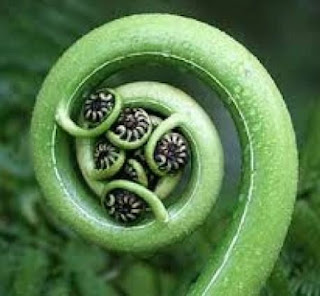