Our Knowledge of the Holocaust is "Weak — and Fading Fast"

Personal note: As an 18-year old, I visited Auschwitz, perhaps the most notorious of the Nazi concentration camps, where I saw some of the sights shown in these photographs: the railway track where millions of bone fragments were scattered, the bullet marks where thousands had been shot, the gas chambers, and the rooms of shoes, spectacles, hair and rings taken from those who died in them. It was an experience never forgotten. -- ACW.

Wikipedia writes:
"Between 1941 and 1945, across German-occupied Europe, Nazi Germany and its collaborators systematically murdered some six million Jews, around two-thirds of Europe's Jewish population. The murders were carried out in pogroms and mass shootings; by a policy of extermination through labour in concentration camps; and in gas chambers and gas vans in German extermination camps, chiefly Auschwitz, Bełżec, Chełmno, Majdanek, Sobibór, and Treblinka in occupied Poland."

"Of the estimated 1.3 million people sent to Auschwitz, at least 1.1 million died, round 90 percent of them Jews...

Others deported to Auschwitz included 150,000 non-Jewish Poles, 23,000 Roma, 15,000 Soviet prisoners of war, 400 Jehovah's Witnesses, tens of thousands of others of diverse nationalities, and an unknown number of gay men. Many of those not killed in the gas chambers died because of starvation, forced labor, infectious diseases, individual executions, and medical experiments."

A recent NZ poll* reveals startling gaps in our knowledge of the Holocaust in which over six million were killed by the Nazi.

Countering this is urgent and important, especially given the rise in division and hatred around the world, writes Melissa Derby in The Spinoff.

“Those who cannot remember the past are condemned to repeat it.” It is an old cliché, but an appropriate sentiment in light of results of a survey of 1,000 New Zealanders, published this week, which reveal that our knowledge of the Holocaust is weak – and fading fast.

The poll showed that a nearly a third of New Zealanders know little or nothing about the Holocaust, and less than half of us were aware of basic facts, such as that six millione Jews lost their lives during the Holocaust. In particular, the poll showed awareness among young people of the horrors of the Holocaust, which took place from 1933 until 1945, was even lower. In some cases, it was non-existent.

Are the results of the poll, which even shows that some New Zealanders actually believe the Holocaust was a myth or exaggerated, unexpected?

Sadly, no. It mirrors trends from overseas – in Hitler’s birthplace, Austria, for example, a startling 12% of youth have never even heard of the Holocaust.

But responses to the New Zealand poll paint a grim picture of our awareness of one of the world’s most seismic – and relatively recent – historical events.

The results indicate the urgent need for Holocaust education, both globally, and at a local level. In New Zealand, anecdotal evidence suggests there is a tendency for teachers to shy away from discussing the Holocaust in schools. 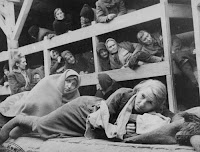 (The "One hour" campaign could  perhaps benefit from the production of one or more videos made  available for all secondary schools. Depending on individual teachers' awareness, objectivity and empathy may not result in the desired outcomes.  The inclusion of Anna Frank's diary (see below) would also help young people to relate to what happened in the holocaust. --ACW) 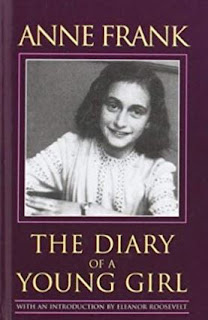 Wikipedia. "In July 1942, the Franks went into hiding in some concealed rooms behind a bookcase in the building where Anne's father, Otto Frank, worked. From then until the family's arrest by the Gestapo in August 1944, she kept a diary she had received as a birthday present, and wrote in it regularly.