As NZ wrestles with hate speech vs free speech, the anti-Māori crowd have maliciously attempted to force themselves divisively into the debate. Read what Martyn Bradbury has to say in The Daily Blog


As NZ wrestles with hate speech vs free speech, the anti-Māori crowd have maliciously attempted to force themselves divisively into the debate…

One Treaty, One Nation pamphlet ‘racist and stupid’, but not hate speech – academic
An academic says anti-Māori pamphlets distributed in Auckland are hateful, but not “hate speech” under current legislation, and says it’s an important discussion New Zealanders need to have.
The pamphlets, headlined ‘One Treaty, One Nation’ were distributed to homes in Auckland’s Point Chevalier over the past two weeks, bearing the slogans “no special representation of part-Maoris in local government” and “end the stranglehold that one minority group has over the culture and life of the nation”.
“The benefits of colonisation for Maoris, lifting them out of a violent Stone Age existence, far outweighed any negative consequences,” it reads.

…Pt Chev is so Woke it gets up 2 hours before everyone else and may as well be renamed Pt Che – posting a racist anti-Maori pamphlet here in letterboxes is like trying to get someone to buy a raw steak at a vegan birthday party, they are being targeted to manufacture attention.
We are being tested and the provocateurs are praying we take the bait by over reacting in these sensitive times and goaded into reacting in a manner which inadvertently makes them martyrs and gives them social traction.
This isn’t hate speech, it’s stupid fucking speech. The assertions that Māori are some primitive stone age culture who should thank their lucky stars for the enlightenment white people brought is an historic absurdity.
Cook came to NZ because British capitalism at the time was desperate for new fields and lands to rape and pillage from, the very interests that shaped NZs first interactions by white people have always been exploitative, not enlightening. 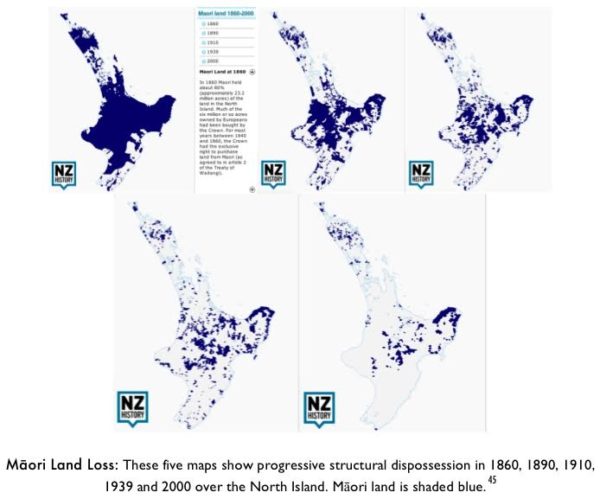 Māori paid a horrific price for this so called ‘enlightenment’, they lost 95% of their land in less than a century and their forced introduction into modernity almost wiped them out as a people at the turn of the 1900s.
Only the most delusional and historically ignorant amongst us would believe this vile little pamphlet, and the best way to counter this pus is directly attack it and hold up the truth.
The single worst thing we could do is use this as an example of hate speech that needs banning because we will create the martyr’s of tomorrow.
Liberal progressive democracy should have the strength to allow speech we disagree with and defeat the arguments of petty bigots, by simply banning this speech to protect us in trigger free safe spaces is intellectual cowardice and it is a capitulation beneath those who fought for NZ.
We must resist millennial micro aggression policing values to contaminate the free speech debate, such wilful self censorship are the actions of frightened children in a theocracy, not thinking adults living in a democracy.
*** Want to support this work? Donate today ***Follow us on Twitter & Facebook ***