God, the Great Council of Chiefs and the SODELPA Manifesto 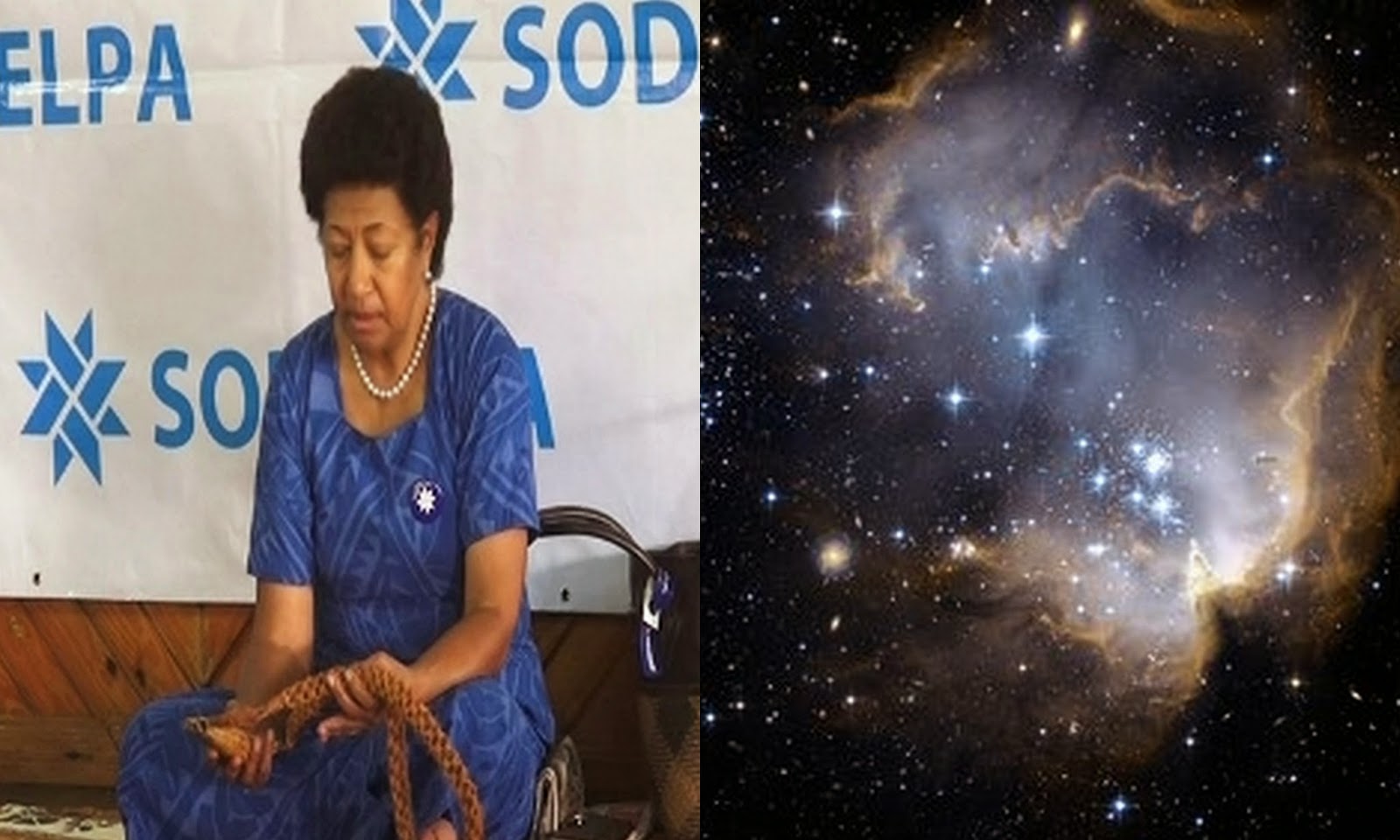 "Our manifesto affirms SODELPA will place God in His rightful position." -- Ro Teimumu.

In other circumstances —in another century or sitting with the Taliban— I would have been mildly amused that SODELPA intends to put "God back in His rightful position" by amending the 2013 Constitution. I would have thought God was already everywhere and did not need a helping hand from a political party.

I would also have thought making Fiji a Christian state was unnecessary. The secular state protects all religious beliefs, and does not require the caveat that non-Christian beliefs will also be protected.

So why is the inclusion of God so important to SODELPA in its intended new constitution?

It is, I think, based on two premises, both of them believed  by many ordinary Taukei.

First, the fusion of religion and chiefly authority that typified tribal society in pre-Cession Fiji is still very much alive in modern Fiji.  Obeying and respecting  one's chiefs is seen by many Taukei to be part of the natural— and supernatural— order.

Secondly, there is the mistaken belief that the chiefs ceded Fiji to Christianity and Queen Victoria, There is absolutely nothing in the Deed of Cession to support the former claim. The myth, for that is what it is, has been kept alive by extreme Methodist and Taukei nationalists, and a lot of wishful thinking.

For a Taukei nationalist party such as SODELPA, being seen to restore God to His rightful place —even if He was never not there— will therefore win votes from the less educated. SODELPA clearly wants them to think that God is on its side, and the secular state defined in the 2013 Constitution makes Fiji a state without God.

This, of course, is arrogant nonsense. SODELPA has no special claim on God and this tactic is unlikely to win many votes from liberal Methodists and other Christians.

It has not always been recognized that the Methodist Church has been a battleground between moderates and extremists since the 1987 Coup.¹  The extremists took over the church leadership and supported the Rabuka Coup and short-lived 1990 Constitution when as a Christian state, the Sunday Ban prohibited shops from opening and buses from operating which, ironically, resulted in many of the faithful being unable to attend church!

No other Methodist Church anywhere in the world and no other Christian denomination in Fiji has called for a Christian state.

Speaking last week to a workshop for Church leaders and politicians Archbishop Peter Loy Chong said: "The Catholic Church is clear in her role in politics. Pope Paul VI's letter clearly states the role of the church and State are separate."

Ro Teimumu, a Catholic, attended the workshop so,  she said,  she could " hear from the experts who have been teaching on secularism, secular state, those who have done studies on it, they have written papers on it so we can hear from them what is the position of the church in as far as the secular state is concerned.”

But SODEPLA's Manifesto was already written and her mind made up long before she attended the workshop. Immediately afterwards, she ignored the teaching of her church and the workshop, and spoke instead  of the  "historical facts in the 1997 Constitution included the Deed of Cession." The die had already been cast.

But it is not only God SODELPA wishes to include in the Constitution.  He is to be joined by Taukei chiefs, or more precisely, the Great Council of Chiefs for only it, they claim and despite assurances to the contrary, can protect Taukei land and customs.

There is much more to the SODELPA Manifesto but everything else is subordinate to these two primary pillars, the "inclusion" of the Christian God and the restoration of the Great Council of Chiefs.

And this, it is hard to believe,  from a party whose name proclaims it to be both democratic and liberal; a party that wants to govern a multi-racial and multi-religious Fiji in the twenty-first century.


¹ Perhaps not widely known, Graham Davis's father was the President of the Fiji  Methodist Church in the 1950s-60s. Graham's September 2012 article on the resurgence of religious intolerance in the Methodist Church is worth reading.