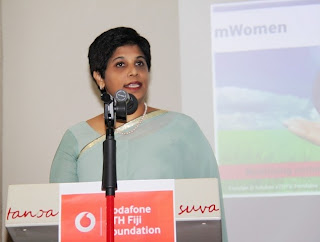 Former High Court Judge Nazhat Shameem* had this to say in reply to an enquirer:

I have been saying all this while, that there is no evidence that the judiciary lacks the ability to make independent and impartial decisions. While there has been much talk of stifling free speech in the Yabaki case, if one reads the judgment, one will find that the law applied by the judge was the law of England on contempt of court which says that while people are free to express the most trenchant criticisms of judgments, saying that they are wrong or mistaken, what one cannot say is that the judge or judiciary is corrupt or biased or that it is motivated by irrelevant considerations such as a bribe or public opinion.

This jurisdiction of contempt is alive and well in every Commonwealth country. It survives not to protect individual judges but to protect the judiciary from scurrilous attacks which may undermine public confidence in the institution. The judiciary depends on public opinion for legitimacy.

However if the judiciary really is corrupt a person can rely on the defence of truth to defend against a charge of contempt. So for instance Yabaki could have argued the truth. However he was unable to do so.

This is because allegations that the judiciary lacks independence are based on no evidence at all. Gossip and rumour do not constitute evidence. Nor is a Law Society of England report evidence of lack of independence.

A number of the Decrees in Fiji have ouster clauses saying that a person cannot challenge the lawfulness of the Decree in a court. Ouster clauses are not popular with judges because they purport to oust or limit the power of the court to consider legal challenges on some issues. However many countries have ouster clauses in relation to immigration or anti-terrorist laws and while that might not be the best situation for any country such clauses do not make the judiciary tainted. In fact judges still sit to consider whether the ouster clause applies to a particular fact or circumstance.

It has been alleged also that the government in Fiji cannot be sued. I heard this the other day from a USP academic, to my surprise. This is of course nonsense. People sue the government weekly for medical negligence, personal injuries and malicious prosecution. Then courts have ordered costs against the State in criminal cases far more than they order costs against the defence. Even the old prohibition on obtaining injunctions against the State has been whittled down by the courts especially in the area of human rights laws.

I conduct training for the judiciary and I have never found any evidence that the judges are partial to the executive, or that they are in any way interfered with.

Persons who may not be popular with the government such as Tuisolia and Imrana Jalal, the boatswain (for want of a better word) who was alleged to have helped Tevita Mara to escape to Tonga and Mahendra Chaudhery have been either acquitted by judges or had charges stayed without any repercussions from the State.

Sadly these facts are known to everyone but they are not always palatable to everyone.

I believe that the judiciary is in a much better place than it was when I was a judge, from 1999 to 2009, fighting serious gender and racial hostility on the bench, confronting judge-shopping by lawyers, and dealing with serious delays in the delivery of judgments and decisions. There was no judicial collegiality, and very little support for the judges who were attacked in parliament or in the media for implementing human rights cases under the Constitution. Most civil judges sat in chambers away from the public eye and judgments were not published on a daily or weekly basis.

There are some stronger steps that would protect the judiciary further though, and they are:

1. Security of tenure for judges meaning life appointments for local judges and 5 year appointments for expatriates;
2. A resurrection of the Judicial Services Commission with one lay member on it preferably a woman (this will probably happen after the new Constitution);
3. Continuous gender training (they already get gender training three times a year but there is always a need for more!)
4. A  new Code of Judicial Ethics more closely modeled on the Bangalore principles with a provision for discipline for breach. The 2005 Code is inadequate and woolly. Discipline should be controlled by judges themselves and there should be a complaints similar to the UK model which seems to work the best in terms of clarity and transparency.
5. Apart from paclii [USP's Law Library] which is very good and posts all judgments up on the net daily there should be a regular Fiji law reporting service controlled by the judiciary.
6. Currently all courts are open and no one is allowed to sit in chambers. However, there is a need for greater case management of the civil courts as there are still delays in the system. However criminal cases are case managed and the turnaround time for charge-trial-conviction/.acquittal is 18 months and only 12 months in Labasa.

This extract from Wikipedia on Nazhat Shameem who is now in private practice:

From 1994 to 1999 she was Director of Public Prosecutions after serving as a prosecutor for ten years. She is a graduate of Sussex University and Cambridge University, and is a Barrister of the Inner Temple in London. She holds a Master of Laws and a Master of Philosophy in criminology. She is a former chairperson of Fiji Children's Coordinating Committee for Children and is particularly interested in the way the justice system affects women and children. She has attended conferences internationally and has delivered papers on corruption, judicial transparency and gender equality.

She was appointed to the bench in 1999 as Fiji's first, and 2007 so far only, Indo-Fijian female High Court judge. Justice Shameem is in the criminal jurisdiction of the High Court of Fiji.

Shameem is best known for her trials since the 2000 Fijian coup d'état conviction and sentencing of perpetrators of the 2000 Fijian coup d'état, in which the government of Mahendra Chaudhry was deposed in May 2000. She also heard a number of cases in which she was very critical of prison conditions for remand prisoners in Fiji. In 2005, she declared the remand centre in Suva inhumane and degrading and in breach of the Fiji Constitution. She also heard a case on mandatory imprisonment for drug offenders in 2001, and declared such sentences as disproportionatly severe and in breach of Section 25 of the Constitution. The Drugs decree was later repealed by Parliament.