2011 Was Not a Good Year for the Workers of Fiji 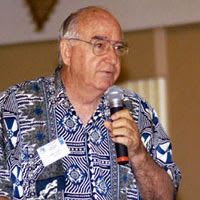 By Kevin J. Barr
In an address in early August 2011 defending the Essential National Industries (Employment) Decree, the Attorney General, Aiyaz Sayed-Khaiyum, said:
“The Bainimarama Government, as you can see from our track record, has been on the forefront of improving wages for those workers who have been on the margin of poverty.” (Fiji Times 8th August)
However, this statement is far from the truth and needs to be addressed.

I wish to take a brief review of 2011 from the viewpoint of the workers of Fiji. It may have been a great year for employers and investors but not for the ordinary workers of the country.