pn797. The HIES Survey Report and Weaknesses in Mean Averages. The AG should have waited. UPDATED

A follow-on from pn796.      UPDATE https://www.rnz.co.nz/international/pacific-news/452689/survey-honest-snapshot-of-fiji-s-poverty-position-says-sacked-statistician 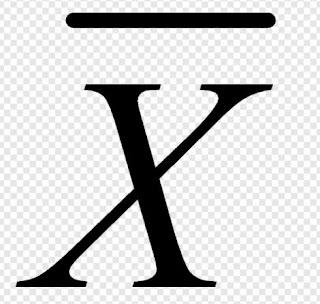 While the arithmetic mean is often used to report central tendencies, it is not a robust statistic, meaning that it is greatly influenced by outliers (values that are very much larger or smaller than most of the values). For skewed distributions, such as the distribution of income for which a few people's incomes are substantially greater than most people's, the arithmetic mean may not coincide with one's notion of "middle", and robust statistics, such as the median, may provide better description of central tendency.  -- Wikipedia

The Fiji Bureau of Statistics 2019-2020 Household Income and Expenditure Survey confirms 29.9%of Fijians, or about 258,000 individuals in 45,724 households, lived under the Basic Needs Poverty Line of $41.91 per adult equivalent per week.

This means that three out of ten Fijians were living in poverty in 2019-2020, with rural poverty still much higher than urban poverty.

The bureau says poverty was higher in rural areas standing at 41.5% than urban areas at 20.4%, with 62.2% of the poor living in rural areas.

In his analysis of the 1990-1 HIES by economic demographer Dennis Ahlburg (see my Fiji: an Encyclopaedia, 2006, section 15.1) noted that "Contrary to the popular view, most income inequality in Fiji was not between Fijians and Indo-Fijians or between urban and rural areas. Most inequality existed within groups  .... The average income differences between ethnic groups were due mainly to differences in urban-rural residence, involvement in formal paid employment, and household size."

My 1979 thesis on urban squatters in Fiji most showed ethnic Fijian households were better off than Indo-Fijian because of their larger households -- and more income earners.

It is a pity the Bureau of Statistics does not have the resources for a full analysis of the HIES. Their budget was cut 40% this year.  Had resources and skills permitted I suspect the further analysis would have confirmed Ahlburg's earlier finding ... with less embarrassment for the AG.   Reliance on mean averages alone can be most misleading.