pn740. It is with much sadness that we record the passing of Prof. Robbie Robertson, formerly Director of Development Studies at USP 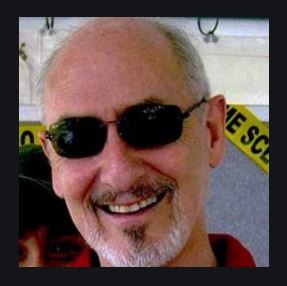 A message from a friend:
Vijay Naidu
Bula vinaka Morgan, Libby and friends,
Akosita Tamanisau (JIta) messaged me the deeply saddening news that Robbie Robertson passed away last evening.  Claire and I are still processing the sad news.
We have been friends of Robbie and Jita's for half a century at least. He was recruited as Lecturer in History and I was given the pleasant task of familiarising him with Suva. I don't think he ever forgot the sights of low cost housing and squatter settlements!
As you know Robbie and Akosita wrote the book 'Shattered Coups' about the 1987 Rabuka-led coups. Robbie also wrote a number of other books and papers on Fiji and globalisation.
He and William Sutherland co-authored the fast moving and extremely readable, 'Government by the Gun: the unfinished business of Fiji's  2000 Coup'. His last book on Fiji is, 'The General's Goose' subtitled, 'Fiji's contemporary tale of misadventure'.(2017), published by State Society and Governance, ANU Press.
Robbie was the second person at USP to have his work permit rescinded and was in effect deported by Rabuka. Attempts to have him relocated to Port Vila were sabotaged by the then Vanuatu government. He moved to Australia and found work in Bendigo.
He served at La Trobe University as Associate Professor of History and Development Studies.
He also taught at ANU and University of Otago.
Robbie eventually returned to USP in 2004 as Professor and Director of Development Studies, completing his contract in 2006.
Subsequently, he served as Professor and Head of School of Arts and Social Sciences at James Cook University,, Brisbane (2010-2014) and as Professor and Dean of Arts, Social Sciences and Humanities at Swinburne University of Technology from July, 2014 till he retired.
If my memory serves me at all, Robbie began as a labour historian having written his doctoral thesis on the unemployed during the 'Great Depression' in New Zealand. He remained committed to social justice for workers during his 50 year career as an scholar and academic leader.
On this retirement he and Jita traveled to Europe and shared numerous photos of times spent in historic and scenic places as well as in pubs and cafes. Enjoying coffee in the company of his soul mate, Jita, and close friends was something that Robbie immensely enjoyed.
Robbie will be sorely missed by loved ones and close family and friends.
Our heartfelt condolences to Jita, Nemani and family.
Rest in Peace Robbie.
From Croz
I am grateful to Robbie for the excellent political chapter he wrote in my Fiji: an Encyclopaedic Atlas. 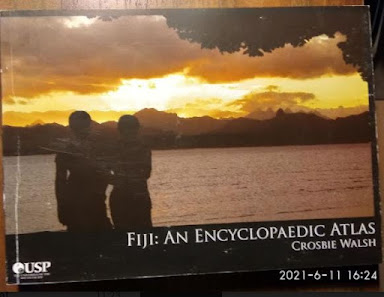 TO RECEIVE BLOG POSTINGS BY EMAIL, either send your email address in confidence to OR click on 'more' and 'Share by email' in the box above and at the far left of the main heading.

https://www.facebook.com/crosbie.walsh
https://twitter.com/CrozWalsh
We cannot heal wounds we refuse to acknowledge.
Racial injustice will only be solved with economic justice.