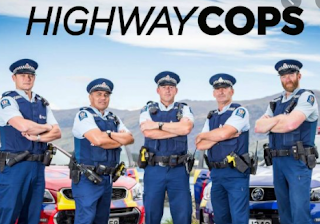 Yesterday evening's TV1 Highway Cops programme revealed something of the inequity of standard traffic fines which relates to the wider question of treating people the same or truly equally, a topic I've raised several  times before. Take two stories from the programme.

In the first, a 25-something young man is  driving in his Ute with his two brothers. The Ute has had its odometer tampered with and has  no warrant of fitness. He  is fined $400.  Though he was obviously trying to dodge road user charges, the cop said they were not bad boys and he expected them to do the right thing by removing the switch and wiring that disabled the odometer.

In the second, a Māori mother in Ōtaki with six children is also fined $400,  for driving without a valid licence. She will need to find another $600 or so to obtain a new licence,  a total of over $1000.

Case 1, deliberate fraud and cheating. Deprived road transport of money.   Case 2, she probably couldn't afford the licence without depriving her household of an "essential." She cheated no one.  And both were treated equally?

Think, also, of the likely income of  offenders.  The same fine for two people on vastly different incomes and responsibilities impacts very differently and  is grossly inequitable.  A fine of $80 would hardly affect me, but it could mean no school lunches for a mother with six children.

It is obviously impossible to fine tune every traffic fine to allow for circumstance and offender income, but I do think circumstance and income should be raised during police training and some further effort be made to compensate for income differences.

Email ThisBlogThis!Share to TwitterShare to FacebookShare to Pinterest
Labels: #inequality